This article contains Spoilers for Until Dawn, however Until Dawn is largely dictated by Player Choice and all of the spoilers mentioned are only the type of spoilers that specifically happened to me. 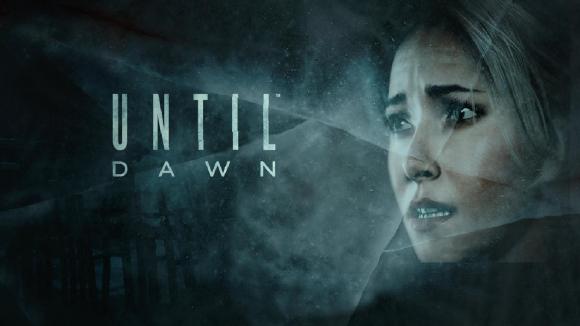 There’s a concept in character writing that when you create a solid character you should be able to know what they would do in any situation without thinking about it. Think of a character. They’re in a rush to meet someone very important. They knock on a door where this person is supposed to be and there’s no answer. What next? Do they knock again? Do they crack a joke to themselves? Do they break in? Do they pick the lock? Depending on who you picked there’s probably an obvious answer that’s true to that character. Following what that character would do will continue their story, which might not lead them to the best outcome, but it will at least lead them to a conclusion that’s satisfying for their tale.

For example, maybe a reckless character will bang the door down and find himself arrested for breaking and entering. Their reckless habits have caught up to them. Or a sly thinker will peak through the window and see armed guards on the other side and decide to run away. Their cunning has saved them yet again. Either of these outcomes offer meaningful insight on the character, but you wouldn’t have a brittle-boned character try to break the door down and then die at the doormat. I don’t think anyone would want to tell the story of a brittle-boned character who died to a door.

Unless you were a video game developer, the creators of Until Dawn. While there are no brittle-boned characters in the cast of their survival horror that they’ve dubbed an “interactive drama,” (which I prefer to “it’s like Heavy Rain”) there’s the potential of an unsatisfying end to the various characters who can die within the tale being told. Unlike other interactive dramas, Until Dawn gives the cast defined characteristics, literally. At any moment during the game you can pull up a menu that shows each characters scaling on traits like “Funny,” “Brave,” “Charitable,” and etc. Player actions can affect where the trait scaling will go, but the game has an indicator marking where each character started in case you forget over the course of the game that the character you turned into a brave hero started as a cowardly jokester. This personality matrix being thrown into the mix of player choice adds a method to the madness of decision making.

Unlike other games that present a choice, Until Dawn doesn’t offer many situations where the player has to think “what would I do?” Because the choices are varying degrees of bad ideas. After all, this is a game that’s meant to mimic teenagers from slasher films who routinely make bad decisions. There’s also the fact that certain choices do not necessarily reflect the outcome. For example, running to safety over trying to save someone may result in a character making a noise and antagonizing a monster which causes their death. Choosing safety in this instance has caused their death, but how would the player know that? With the personalities in mind, the player can at least make decisions that are true to the character they are playing at the time. For example, a brave character would typically make brave decisions. They would choose to investigate a sound rather than stay safe, or run after their love interest instead of running to safety.

For the majority of the Until Dawn, Supermassive Games guided players by the Dungeons & Dragons motto “play your character.” If you were a brave character, doing brave things was routinely the best thing to do. If you were a self-centered coward, being self-centered and cowardly was the best thing to do. Straying from your character’s true self ended in bad results. For example, one couple in the game consists of the charitable Matt and the self-centered Emily. I played as Emily and found a flare gun. I was prompted with the decision to give it to Matt, or to keep it to myself. I really hated Emily, so I wanted to deprive her of all resources and I really liked Matt so I wanted to give them all to him. So I gave the gun to Matt. This resulted in a string of events that ended with Matt using the gun too soon, and when he needed it later he didn’t have it, so he died. So the character I liked ended up dead, yet Emily persevered on. Maybe if she had acted more true to her character, and kept the gun to herself, both of them would’ve lived?

This twist on player choices made Until Dawn immensely satisfying where other interactive dramas were frustrating. Nothing is more frustrating than being presented with a choice with no viewable pros and cons, and then getting the bad option by luck. It appeared that Supermassive had found a way to give the player a bread crumb trail, or at least gave them a satisfying conclusion to all the character arcs, even if they don’t make it. For example, another one of my characters ended up dying due to a failed quick time event, but he was the plucky kid trying to impress the girl, so it made some tragic sense.

However, in the second half of the game Until Dawn loses its consistency. Another character, Ashley, is known for her curiosity. There are various times in the game where Ashley has the decision to investigate or to stay safe and feeding into her curiosity is rewarded every time. She’ll find a clue, or catch the sight of something important, but the last time she’s offered to investigate something it ends it her death. In fact the details of her death open up the possibility that other people can die as well, so in a way her curiosity has effectively screwed the entire group. I felt this was an unfair end to Ashley’s story since there’s no real way to investigate further if what she’s looking into is deadly. Once you press on her curiosity, she’s already dead. It reminds me of those frustrating choices in other interactive dramas where the only way it could’ve been prevented is from already knowing the choice before you make it. Unlike other character deaths, Ashley’s doesn’t come across as a significant character flaw, like a plucky hero failing to save the day, it felt like when you wish you had held your finger on the previous page of a Choose Your Own Adventure book.

After Ashley’s death, which was toward the end of the game, I found myself running into a variety of unsatisfying conclusions. One character, who was devoid of personality, failed to find a clue, which caused the death of another character. Another character turned out alive who I hadn’t seen for well over five or six chapters, but made no contribution to the actual story. Then there was a showdown at the lodge itself but seemed like I had missed a lot. Obviously I didn’t get the best ending, and I had clearly missed a lot of the clues, but it seemed like Supermassive was close to providing satisfying conclusions for every character even if you fail, but that quickly fell apart once the second half of the game rolled around. The clumsy conclusion made me wonder if the intelligence of the first and second act were just by accident. Maybe the story was written to have a “right way,” and the other choices were just novelties, like all other choices in games, and I had just gotten lucky with following my characters’ personalities as guidance.

With that in mind, I still immensely enjoyed Until Dawn. The fact that I played it all in two sittings should be proof of its quality. I wrote this as a critique and it should be read like one, not a negative review of the game. Even with this critique in mind, it’s easily one of the more interesting games from 2015. Unfortunately, I wonder if the real genius of the personality + choice design was on purpose or just a happy accident that happens to work but wasn’t intended. I look forward to finding out in Supermassive’s future work.